Written by Jacinta Giancola
Updated over a week ago

The Campaign Performance Chart visually represents the progress of a digital campaign over the time period in which it runs. The top line campaign data of the campaign remains at the start of the page with overall clicks, CTR, actions and booked budget.

There are two ways to view your campaign data depending on your need or preference. 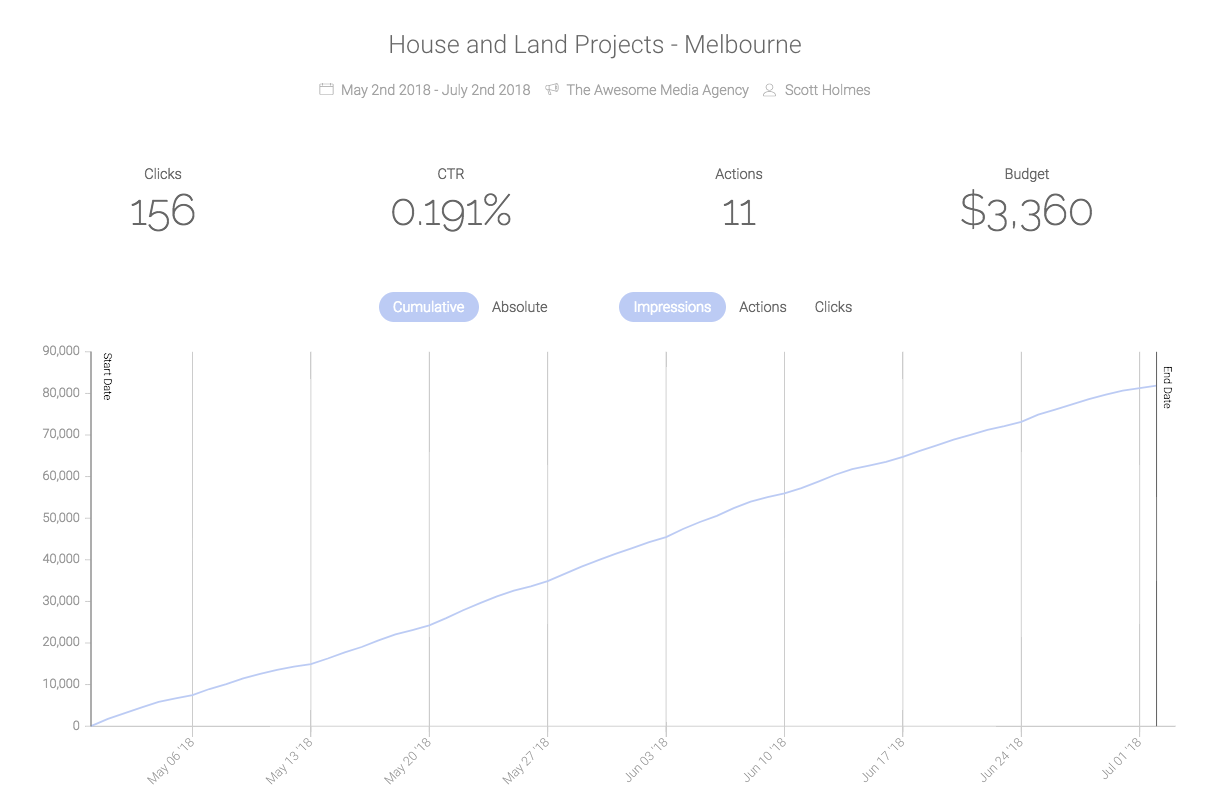 If cumulative is selected, displayed in the image above, your chart will show the total amount of impressions your campaign had on that day. This is a way of tracking the total progress of the campaign. 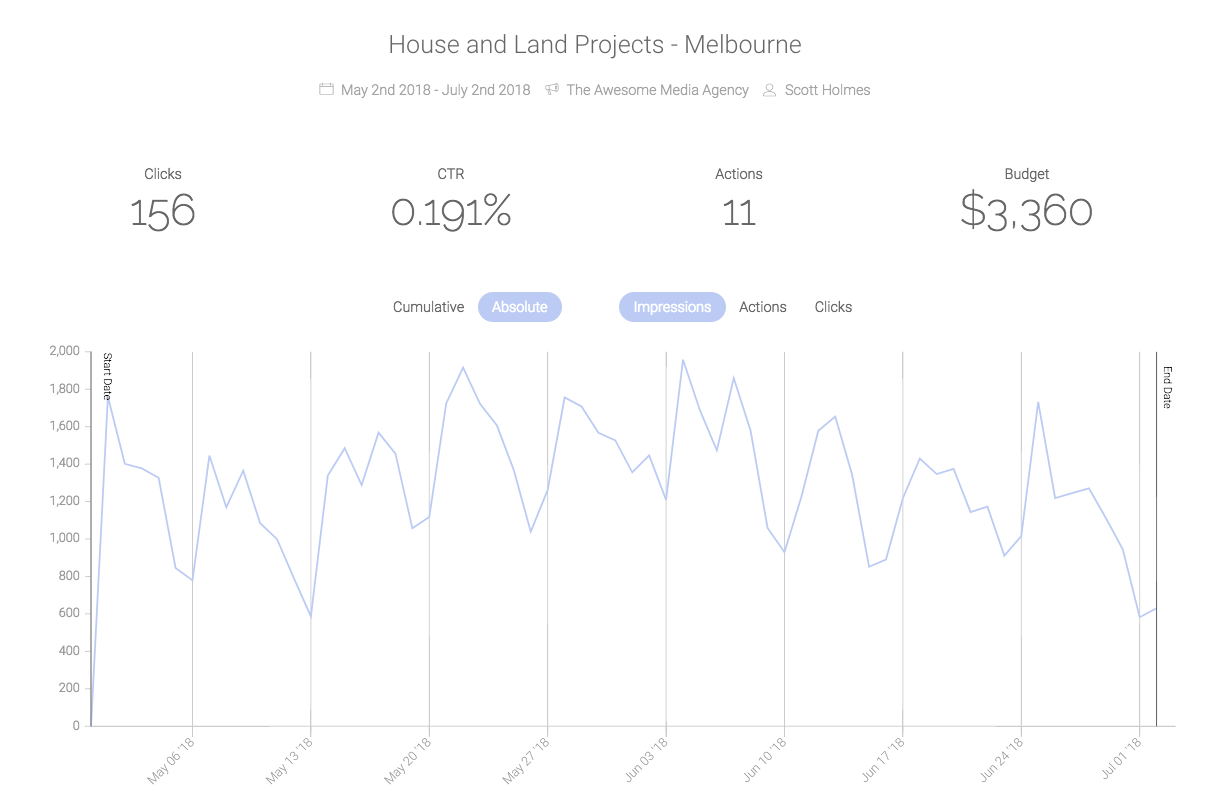 If absolute is selected, shown above, your chart will display the amount of impressions your campaign served on each day. This is useful if you want to see the data as it happens day by day.

The default data type is impressions, but these are the same with both clicks, and actions if any have been recorded.

The chart plots data for the the entirety of the campaign.

The x scale along the bottom of the chart is the length of time the campaign is booked to run.

The y scale at the left side of the chart. This will scale depending on how large the scale of numbers is, for example, impressions could be in the hundreds of thousands, while clicks only in the hundreds.

Did this answer your question?